Botanical Medicine: How it works and benefits for menstrual health

Botanical medicine is the ancient art of enhancing health with the use of therapeutic plants. It’s been increasingly evidenced as a relatively safe and effective practice.
·November 8th, 2021 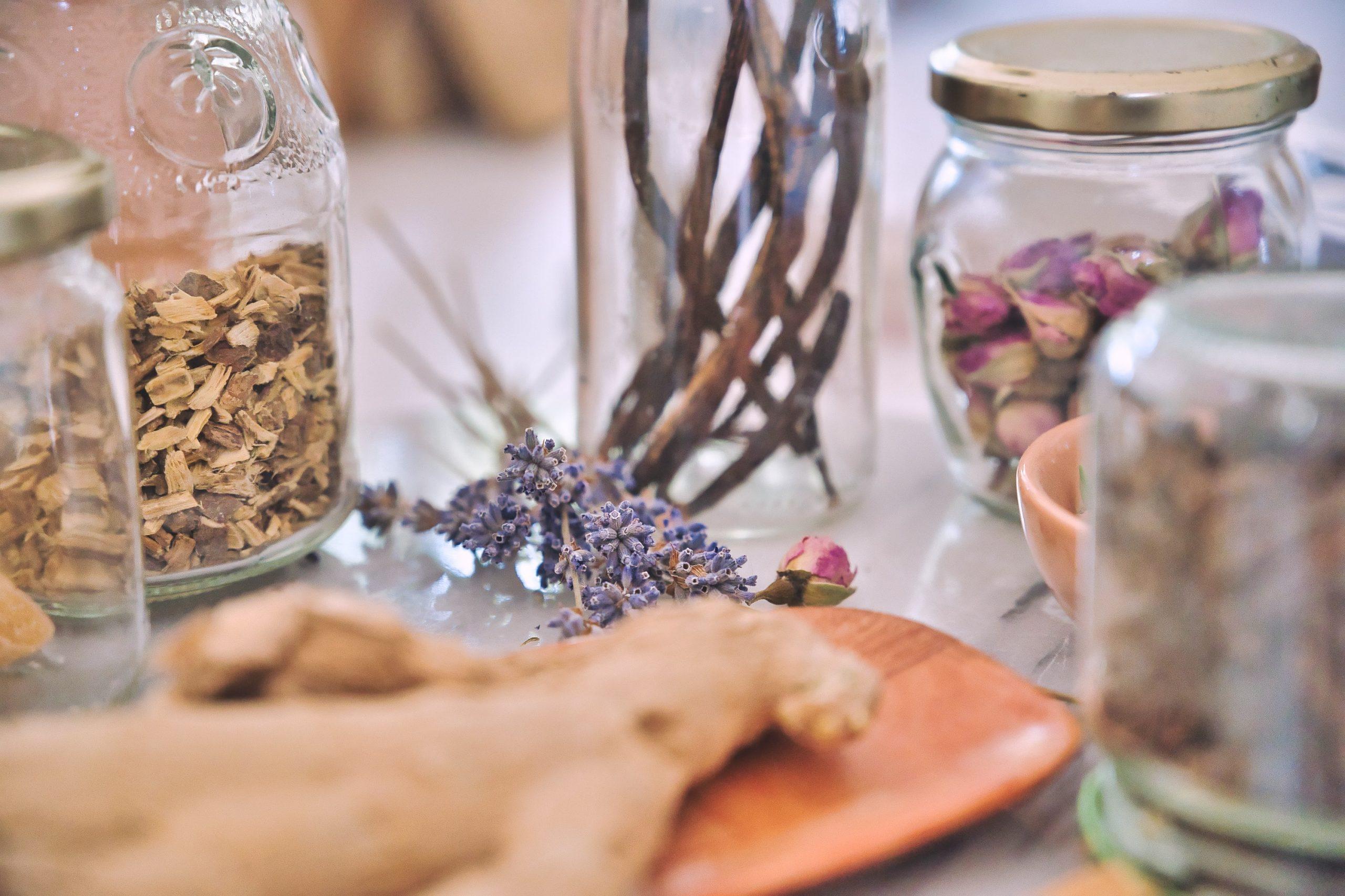 Botanical medicine is a form of herbal healthcare that employs plants–including roots, leaves, barks, flowers, and seeds–for the preservation of overall well-being. When used properly, botanical medicine can offer benefits for a wide spectrum of health conditions–and is considered especially advantageous in the management of chronic ailments.

Herbal therapies are also utilized for the purpose of preventing illness and maintaining optimal health. These natural remedies often induce fewer side effects than pharmaceutical drugs, as well as being less costly and more widely accessible.

The history of botanical medicine predates any written text, with some of the earliest written recordings almost as old as written language itself. Archaeological evidence points to the utilization of herbal medicine by Neanderthals as far back as the Old Stone Age, approximately 60,000 years ago–possibly longer than spoken human language has even existed.

Throughout the vast majority of human history, a pharmaceutical knowledge of plants has been imperative to human health and survival. This knowledge has been central to the formation of numerous ancient cultures and traditional medical systems, including Ancient Egyptian medicine, Georgian folk medicine, Japanese Kampō, Native Hawaiian lāʻau lapaʻau, Aztec medicine, and Australian Aboriginal bush medicine.

Many of these traditional systems have been suppressed over time, but others–including Ayurveda and traditional Chinese medicine (TCM)–remain widely popular today. Plant-derived treatments continue to hold significant importance in these practices, which make use of botanical products in various forms, including pills, tinctures, teas, and topical ointments.

Practitioners of TCM often prescribe herbal formulations in conjunction with acupuncture treatments. Mugwort is especially revered for its healing powers, and is used for a potent form of heat therapy, called moxibustion. Ever-expanding scientific evidence has led to the increased integration of botanical medicine with modern healthcare.

A brief history of holistic and botanical medicine in the US

In much of Western civilization, including the US, colonialism and the subsequent development of industrialized healthcare subdued the customary use of botanical medicine. The beginning of this forced assimilation introduced strict limitations regarding who was permitted to practice medicine, systematically excluding most ethnic groups and barring women–who had been previously regarded as healers in many indigenous cultures.

In the early 1900s, holistic medicine–the practice of treating each patient as a whole, rather than a subset of symptoms or a disease–remained commonplace in the US, with a large number of physicians utilizing traditional and botanical knowledge in their practices. In an effort to standardize modern medicine in America, proponents of pharmaceutical treatments issued a regulatory report for the nation’s universities in 1910.

The report called for strict enforcement of the use of the scientific method and pharmaceutical drugs. This resulted in the closure of nearly half of the medical institutions in the US, including every school offering education relating to what is now known as complementary and alternative medicine (CAM).

Conventional physicians moved away from holistic and botanical medicine. Following the discovery of penicillin, modern medicine came to heavily rely upon the use of antibiotics. Researchers, however, underestimated the ability of bacteria to develop resistance to these drugs.

Contemporary holistic and botanical medicine in the US

Modern studies demonstrate that bacteria have greater levels of intelligence, survival instincts, and communication abilities than they have previously been given credit for, and they are rapidly developing resistance to commonly administered drugs.

According to the CDC, over 2.8 million yearly antibiotic-resistant infections presently occur in the US alone–resulting in a staggering 35,000 deaths. Despite the fact that each use of antibiotics can contribute to resistance, Western society continues to over-utilize these drugs: estimates are that 50% of antibiotic usage is inappropriate or unnecessary.

However, it seems that bacteria cannot so easily become resistant to botanical medicine. In comparison to synthetic drugs, plant extracts possess greater chemical complexity and exhibit more diverse biological effects on the body. The combination of these factors has the potential to present a more substantial challenge for disease-causing bacteria.

Additionally, plant-derived medicines mainly work by seeking to create balance in their environment. Rather than aiming to kill all bacteria that they encounter–which often includes the “good” bacteria, vital to homeostasis in the body–botanical extracts effectively inhibit the harmful functions of bacteria, enabling the immune system to clear them away on its own.

Consequently, this treatment approach can result in a number of advantages over other modern medicines, including lower instances of side effects. This is especially relevant when considering an FDA report estimating that 6.7% of hospitalized patients have a severe adverse prescription drug reaction, with a subsequent fatality rate of 0.32%.

This translates to over 2,216,000 severe reactions in hospitals alone, and over 106,000 deaths annually–ranking adverse prescription drug reactions as one of the leading causes of death in the US. Antibiotics play a critical role in our society, but botanical medicine may be able to help slow the rate of antibiotic resistance.

The future of botanical medicine

With the prioritization of proper conservation methods, botanical medicine has the potential to be sustainable, environmentally friendly, cost-effective, and accessible worldwide. Ethnobiologists–who study the relationships between people, plants, animals, and environments in different cultures–are beginning to recognize the value of conservation and inclusion in this field.

Leading organizations, such as the International Society of Ethnobiology (ISE), have adopted codes of ethics outlining vital conduct for investigative operations.

Such codes address the importance of enhancing relationships with and receiving guidance from members of local communities and indigenous cultures–which are often marginalized and economically disadvantaged groups. This means respecting the traditions and integrity of these residents by acknowledging their rights, obtaining informed consent, honoring desired privacy, and guaranteeing restitution in the event of adverse consequences related to research.

Regulations also highlight the urgency of preserving the environmental ecosystems where research takes place, as well as the need to support efforts of locals to conduct their own research. These populations must be offered fair compensation and accreditation for their significant and valuable contributions to scientific advancement.

Along with other forms of holistic and traditional therapy, botanical medicine is rapidly gaining traction in the United States. In the year 2020, herbal supplements sales surpassed $10 billion for the first time.

This popularity increase is majorly due mounting evidence for their strong safety profile and reduced risk of side effects. Herbal treatments are especially prevalent among those with chronic illnesses.

However, caution must be exercised with the use of botanical supplements. Though they are not regulated as drugs, they are potent medicines. They have the potential to cause adverse effects, and can cause serious interactions with other medications.

It is recommended that you work with a trained specialist in order to determine the proper course of treatment, and always consult with your doctor before making any major changes to your healthcare approach.

The American Association of Naturopathic Physicians, American Botanical Council, and American Herbalists Guild offer a variety of resources for the exploration of botanical medicine, as well as professional registries.

If you’re interested in exploring botanical medicine, the right herbalist can help you build a personalized plan to support your wellbeing. Connect with a credentialed expert who serves your area here.